The nation’s best travel baseball teams in 9U-14U traveled to Baseball Heaven in Yaphank, N.Y. this past July for the 9th annual National Youth Baseball Championships. Over 70 teams from 10 different states competed to make up the event’s largest and most competitive field ever.

CBS Sports Network nationally televised 12 games during the week, and MLB.com provided live online streaming of those games. This was the first year in NYBC history that the 13U and 14U age groups had games televised.

Perhaps the most exciting title game was the 12U championship between California’s Lamorinda Trojans and New Jersey’s BC Phenom, two nationally-ranked teams. The No. 1-ranked Trojans held a 5-2 lead going into the top of the sixth needing just three more outs, but the Phenom came roaring back with three runs to tie the game.

In the bottom of the inning, Lamorinda put its first two runners on base, and then Kai Francis delivered a three-run walk-off home run to give his team the 12U national championship.

In the 14U division, the Jerry Manuel Foundation capped off an amazing run to the championship with a 7-4 win over Florida’s CFL USA Elite. Coming all the way from Sacramento, the JMF team earned an all-expense-paid trip to New York from title sponsor Brita through an urban youth initiative. They made the most of their opportunity going 2-1 in pool play and coming out on top in bracket play despite several close, hard-fought games.

Two local rivals, New Jersey’s Tri State Arsenal Prime and New York’s LI Body Armor Titans squared off in the 11U championship game and didn’t disappoint. The game was tight all the way through in a pitchers’ duel with the Arsenal coming out on top, 3-1.

Georgia’s Team Halo, returning from last year’s NYBC, won the 13U title over Team Steel White, 8-3. In the 10U division, the Dallas Tigers dominated the competition all week long and earned the championship with a 15-7 win over the Jersey Storm. The LI Strengthheals Jr Ducks were the comeback kids of the NYBC as they came back from a couple large deficits during bracket play to win the 9U division.

NYBC week featured numerous activities during the week to entertain the players, coaches and families in attendance. Teams were treated to Festival Day on Friday, July 29 that included the MLB Roundtable powered by Brita with special guests Bobby Valentine, Jerry Manuel and Eric Karros. After the Roundtable, Hall of Fame manager Tommy Lasorda was honored with the grand opening of the Tommy Lasorda Collection inside the Baseball Heaven cafe.

Valentine and Manuel even suited up and took the field for the NYBC 12U All-Star Game powered by Brita. Valentine coached the East All-Stars to a close 6-5 win over Jerry Manuel’s West All-Stars, and both former managers instilled their knowledge of the game into all the competing players.

The 2017 National Youth Baseball Championships will mark the 10th anniversary of the event. Qualifiers will be held around the country from January-June with the championship week heading to Baseball Heaven once again in July. 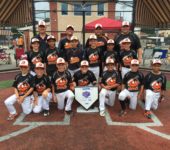 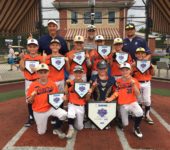 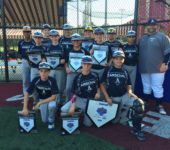 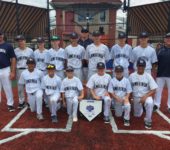 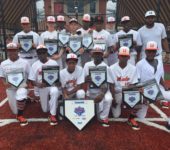 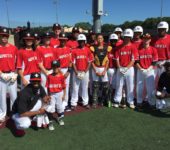